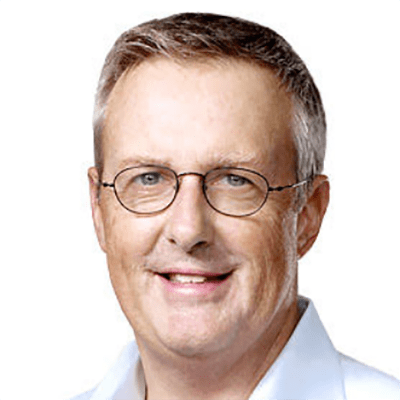 Bruce Sewell recently retired from Apple Inc. where he served for 8 years as Senior Vice President, General Counsel and Secretary of the Company.  In that capacity he supervised all legal matters for Apple, including corporate governance, intellectual property, litigation and securities compliance, as well as government affairs.  Prior to joining Apple, Bruce served as Senior Vice President and General Counsel of Intel Corporation from 2002 to 2009.  Prior to joining Intel in 1995 he was a partner in the law firm of Brown and Bain PC.  Bruce grew up in London, England.  He received his Bachelor of Science degree in 1979, a Juris Doctor degree in 1986, and an Honorary Doctorate of Laws degree in 2014.   Between undergraduate and law school Bruce worked as a First Responder (Firefighter/EMT) for the Montgomery County Fire and Rescue Dept.  Bruce currently sits on two commercial boards, Vail Resorts and C3-IoT, and chairs an Alumni Advisory Board for his alma mater in the U.K.